When you book with an account, you will be able to track your payment status, track the confirmation and you can also rate the tour after you finished the tour.
Sign Up

Or Continue As Guest

When you book with an account, you will be able to track your payment status, track the confirmation and you can also rate the tour after you finished the tour.
Sign Up
2489

Why Book With Us?

Do not hesitage to give us a call. We are an expert team and we are happy to talk to you.

Upper mustang trek to hidden paradise of mustang is a incredible tour, it is described as a mystique valley and the last forbidden kingdoms of nepal and was just opened for foreigner in 1992 .The trekking tour to Lo Manthang – isolated region is an incredibly satisfying one for those who wants to experience the hospitality and warmth of the locals living in this remote region.

Upper Mustang Lying in the rain shadow of the Himalayan is perhaps the last enclave of pristine Tibetan Cultures .Forbidden and isolated from the rest of the world it was able to evolve its own distinctive culture and tradition which is so rich and goes on as it has for centuries in unhurried pace .As everywhere in the Himalayas, this area provides spectaculars mountain scenery highlighted by Dhaulagiri at 8167m and Annapurna I at 8091m. You will be surrounded by more than 35 mountains over 6000 meters high. The elevation of the trails rise from 2815 m to 3780 m above sea level.

Drive to Beni (302km), approximately 9/10hr away by private jeep. We will see good scenery of countryside while driving, Lunch on the way. We will arrive in the late evening at Beni around 7/8 pm.

Breakfast at hotel, head towards to Muktinath from Beni via private 4 WD Jeep, through the river bank of Ghasa, Marpha, Jomsom along the Kaligandaki Valley(8 hrs) Arrival Muktinath, evening rest, Overnight Hotel. Along the way you will witness the barren wilderness of the mustang valley, Rupse waterfall and most of all the memorable off-road travel.

After Breakfast we head towards Lo-Manthang. After about an hour drive we reach Kagbeni. Kagbeni is the most interesting typical Tibetan village and the entry point of the upper Mustang. The spectacular views of Nilgiri, Dhaulagiri, Tukuche peak and Dhampus peak will make you buy some extra rolls of film.
The trail leads up toward the east bank of the Kaligandaki climbing over many ridges as it heads north and we reach Tangbe village. The town is a labyrinth of narrow alleys among white washed house. The Nilgiri peak, dominates the soughern skyline of Kagbeni. Beyond Tangbe we reach Chhusang village and we cross the river and continue north climbing up to a huge red chunk of conglomerate that has fallen from the cliff above, forming a tunnel through which the Kaligandaki follows. The trek now leaves the Kali Gandaki valley and climbs steeply up a rocky gully to Chaile at 3030 m. From here the culture changes from the Manangi culture to the Tibetan culture of Lo.The climb continues along step, treeless, water less terrain, along the side of the spectacular steep canyon to pass and cairn of rock at 3540m. Then the trail makes a long gradual descent to some chortens on a ridge, then descends further on a pleasant trail to Samar. The Annapurna, still dominated by Nilgiri, is visible far to the south. Climb above Samar to a ridge, then descend into a large gorge and the trail goes into another valley field, crosses a stream and climbs up to a ridge at 3800m. The route climbs over yet another pass, follows a ridge and then descends to Shyangmochen. From there gently climb to a pass at 3770m and descend to Geling. From Geling, the trail climbs gently to the interesting pass on our trek NYILA and descends below the blue, gray and red cliffs. After crossing a steel bridge of the Tangmar chu (river) we will arrive to a MANI WALL perhaps the longest and most spectacular stretch and main wall in Nepal. Climbing over another pass at 3600m the route makes a long gentle descent to Charang The trail descends about 100 meters down from Charang, crosses the Charang- Chu and climbs steeply up a rocky trail to a cairn on a ridge and continues to climb. Finally from a ridge at3850m. There is a view of the walled city of LO. After a short descent, cross a stream then climb up into the plateau of Lo- Manthang.
Meal: Breakfast, Lunch & Dinner Access: Surface transport

There are four major places and several other places like the Tall champa Lakhang “God house”, the red Thugchen Gompa, Chyodi Gompa and the Entrance Hal which are the main attraction of this town. An attraction is the four- story building of the Raja’s palace as well as the surrounding panoramic views of the Himalaya. Having seen one, you are exciting to see the others.
Besides Lo Manthang there are two other interesting valley worth visiting. The western valley Tingkhar, the sight of Raja’s summer palace, Kimling and Phuwa as active Gompa in Lo. If we have enough time we can hike surrounded green hills from where we can easily get views of Tibet and Mt. Kailas.
Meal: Breakfast, Lunch & Dinner Access: Surface transport

After Breakfast we head back towards Muktinath, lunch on the way, overnight at muktinath/Marpha hotel with warm hospitality at Grand Sambala/ Marpha Palace Hotels.

Breakfasts at Hotel, then a short 15 min trek to Muktinath temple, holy bath at 108 waterspouts “Muktidhara”, and dip in 2 MuktiKunda, & worship at Muktinath Temple, drive back to Jomsom. From Jomsom a short trek (1hr) to Dhumba Taal where you can experience pristine lake atop a barren hilltop. Visit Jomsom Baazar and drive to Maprha Village “the apple capital of Nepal”, where you can buy souvenirs at the souvenirs shop. Then Drive back to Pokhara. Overnight stay at Hotel.
Meal: Breakfast, Lunch & Dinner Access: Surface transport 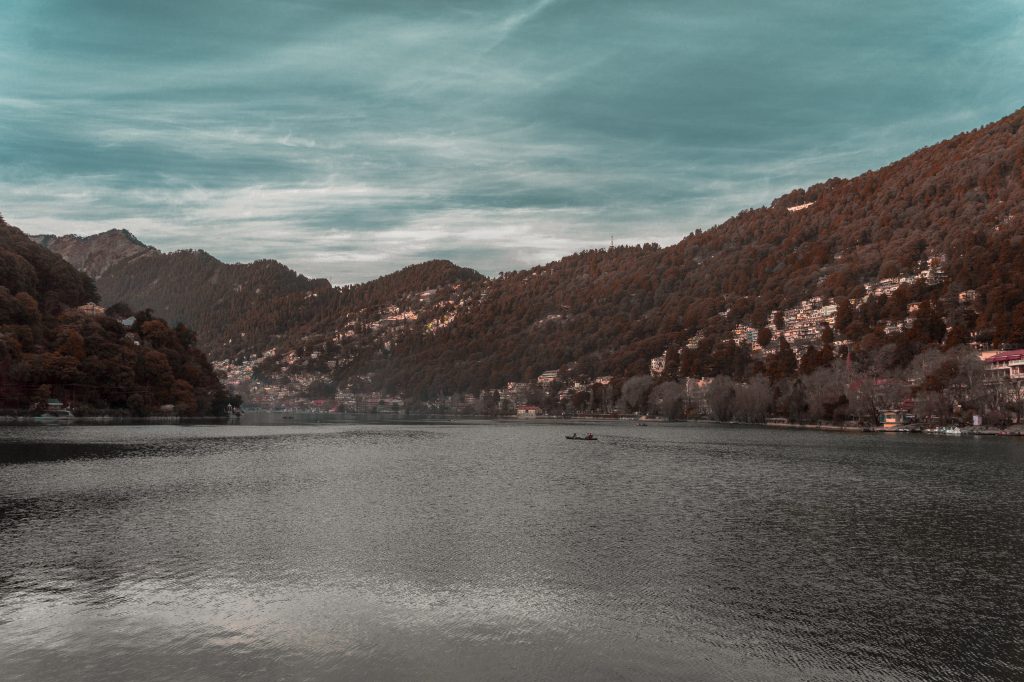 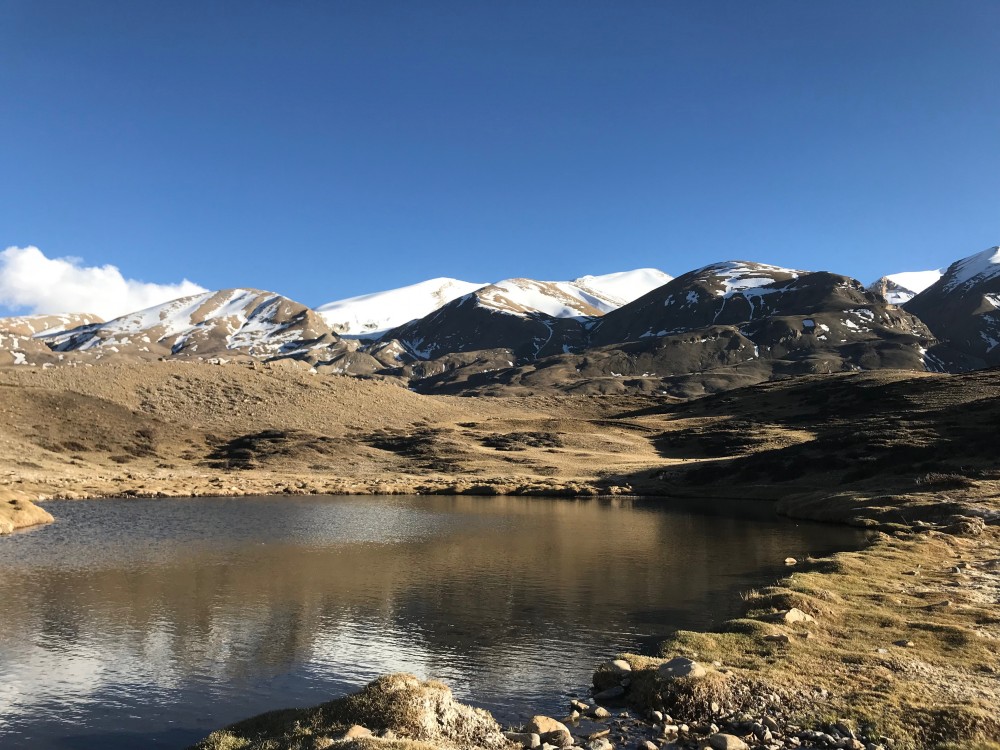